‘Stealth House’ is a radical reworking of a 1950’s bomb-site in-fill house, that reconfigures and expands the original from two to five bedrooms, and repairs the disruption of the streetscape where the post-war construction failed.

Retaining a few masonry remnants, a new volume is framed up in highly-insulated timber and then wrapped in two folded ‘cloaks’, one in vertical black timber, one in horizontal/sloped grey-green mineralised roofing-felt.

The black cloak increases the volume of the two main floors, mediates between the existing Modernist and Edwardian neighbours, and redefines the relationship between the interior and exterior of the house. Folds in the facade fabric react locally to the need for more or less volume, reference adjacent bay windows/set-backs, and set up specific views to the exterior.

The grey-green cloak unrolls up and over the penthouse with a cantilevered corner to form external roof space, referencing the historic roof-scape of the terrace.

The original pitched roof house was set back from its neighbour at both street and rear facades that, along with a clumsy one-storey garage extension worked against the grain of the street. The client’s brief was to create a modern 4-5 bedroom house out of the existing, that he could finance and build himself. Southwark’s Planning Department supported a modern intervention on this site mediating the street-scape between the two dissimilar neighbours; eventually they encouraged the substantial demolition of the original house.

The project was procured as an ‘architect-assisted’ self-build, one in which the architects even provided connections to core team trades on site. Whilst the design intent and the spatial qualities of the project were established and set through architectural drawings, Robert Dye Architects orchestrated a design ethos through delivery on-site, allowing the realisation of the detail to be executed as a dialogue between architect, the furniture-maker/graphic-designer client, and a highly-skilled builder. 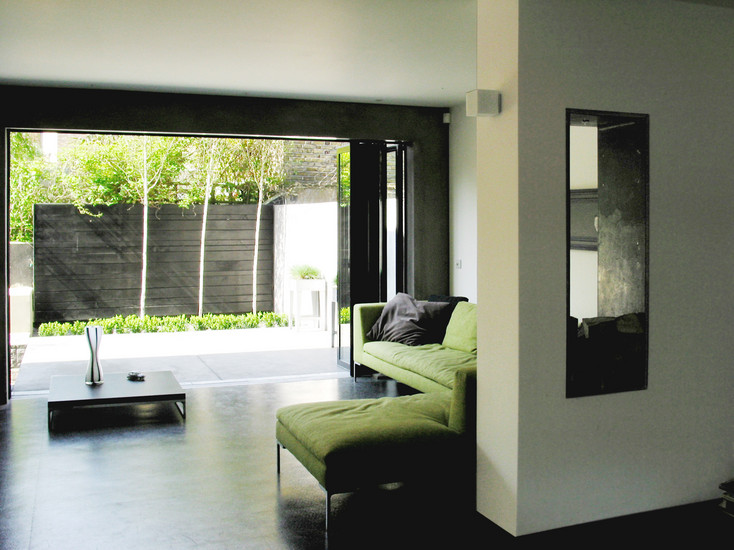 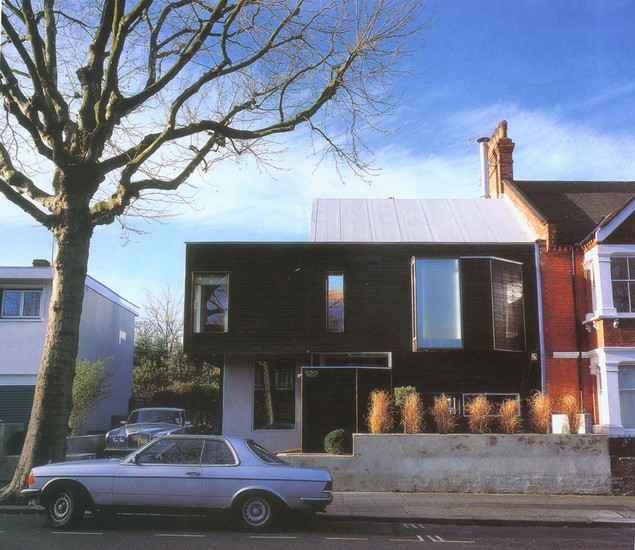 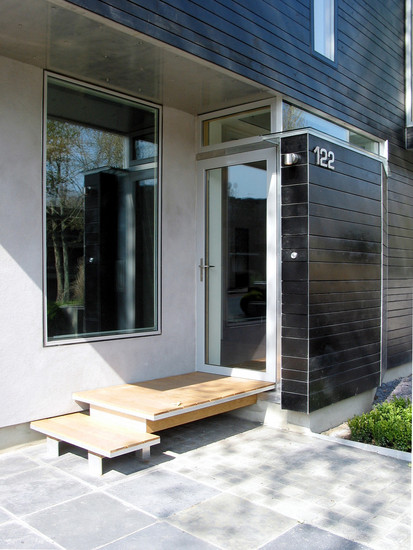 “Around masonry remnants, a new timber-framed volume wraps in two folded ‘cloaks’, that expand outwards in vertical black timber, upwards in grey-green roofing-felt, and mediate between Modernist and Edwardian neighbours”.